Sports She Thinks Are Unsexy

Playing sports is a great way to get in good with a woman. There are a lot of things that you can do to make yourself look sexy on a first date, on your dating profile, and in your messages, and playing sports is a great one. However, you have to find the right sport. If you’re going to use sports as a way to get in good with women, you also have to avoid the sports they think are unsexy. It might be the uniforms, it might be the other people who are part of it, or it might be the muscles you develop as part of it, but you have to make sure to avoid the least sexy sports of all if you’re going to use your athleticism to get you laid. The least sexy sports for women are: 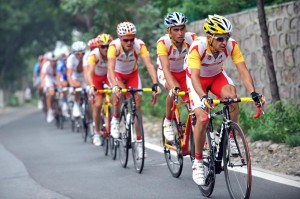 “Cycling is not considered as a sexy sport to women”

Let’s be honest: no one looks good in bike shorts. Lance Armstrong doesn’t look good in bike shorts. They squeeze your thighs and compress your junk into a sad little bundle. If you have a single ounce of fat on your body, they’ll make it jiggle. If you don’t, they’ll make you look like a spindly chicken. Apart from the awful outfits that no woman finds attractive, there’s also the fact that many women are very aware that you’re going to be sitting on a tiny plastic or metal seat that bangs against your junk all the time and leaves it significantly less functional. That’s not the way you want to appeal to a woman’s sex drive.

A good alternative to cycling: Mountain Biking. You can still ride your bike around, but you don’t have to wear the bad shorts and it looks more like you’re getting out in nature. 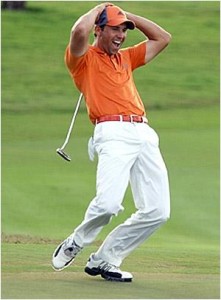 “No matter how well you play, women find golf boring””

There’s a lot to like about golf – the easy pace, the craftsmanship, the feel of walking in the sunshine. Unfortunately, it’s one of the least sexy sports there is. The outfits are boring, which is a big part of it. No, we don’t care about the clothes you wear when you’re doing sports, but a lot of women will care. They want a man that looks good, that they can watch and enjoy. Another thing that turns women off about golf is the company you’re keeping. In general, you’re going to be primarily surrounded by old guys who drive in little carts while wearing pleated pants and weird shoes. If you’re looking to be associated with something sexy, golf isn’t it.

A good alternative to golfing: Tennis. It still says “money,” but it’s a young man’s sport.

Skiing is great on paper. You’re shooting around at high speeds, having fun in the snow… but the wobbly-leg thing is no good for being sexy. Not only that, it’s hard to take a good picture since you’re bundled head to toe.

A good alternative to skiing: Snowboarding. This is in the same climate, but looks infinitely better and less goofy, and is more contemporary and fun.