Sports She Thinks Are Sexy

Comment are off
The Canadian Advisors
basketball players, being over-muscled, feel confident, women are attracted to men

This isn’t high school, and the jock doesn’t always get the girl – right? Well, that’s true, but with a few exceptions. There are some girls who like all sports, of course, and some that are die-hard fans of particular sports and teams. However, there are some sports that tend to be more universally attractive as far as most women are concerned. Certain sports, like football and boxing, are great for attracting certain women, but they don’t exactly have a universal appeal as far as women are concerned. Other sports do have that universal appeal, which you can easily take advantage of. If you don’t already play them, that’s fine – but just so you know, many women are attracted to men who play the following sports: 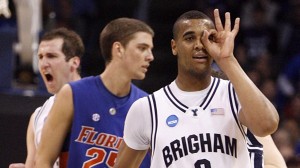 Basketball is one of the games that everyone was required to play in P.E., and as such almost everyone has at least a basic understanding of how the game works. Add this to the fact that many women are very into the idea of the loose-fitting clothing that means they can see your arms and sides, and the full-contact and sweat that occurs so often, and many women get pretty excited over basketball players. You don’t have to go overboard with saying that you’re into it, either. Just make sure you have a quick snapshot of yourself playing with some friends (NOT alone), and she’ll be able to see that she’s getting something special. 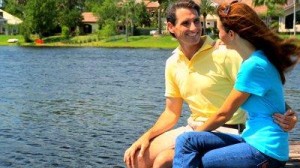 “Tell her you are a soccer player”

Soccer players are gaining popularity nowadays, and it’s a great time to show off the fact that you’ve been playing for quite some time. If you’re just getting into the sport, that’s fine, too. One great bonus with soccer is that it’s an incredibly popular sport overseas, so you’ll be able to get in good with foreign chicks if that’s something you’re interested in. Posting a photo of you playing soccer will help, but just saying that you’re into it will do just as well here. One thing women like is that soccer players are fit without being over-muscled, which is very in with a lot of women right now.

Women love swimmers. There are a lot of reasons for this. One is that swimming has become one of the biggest and most loved sports since it’s prominence in the 2008 Olympics. The specific kind of muscle definition that comes with swimming is something that a lot of women are into, especially in the back and shoulder areas. There’s also something about swimmers that a lot of women find exciting. Another thing about swimming that women like is that while other sports leave men sweaty and funky-smelling, swimming is exempt from that little issue, making it a great choice for women who like athletes, but aren’t all about that locker-room smell. Post a picture of yourself in swim trunks if you feel confident in your body, or a picture of yourself swimming if you want to look athletic without showing off.