Signs the Girl in the Bar Is Looking to Get Laid

Comment are off
The Canadian Advisors
hit on a woman, make eye contact, posture is important, read the body language 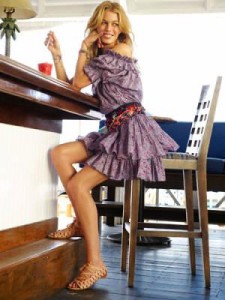 “Yes, she is looking at you”

One of the most annoying things about looking for a one night stand is in trying to read the body language of total strangers. You have to try and figure out what they’d be open to without ever meeting them. This means that you can spend a lot of time wasting your money buying drinks for girls in bars who aren’t even interested in hooking up. Fortunately, there are a few ways to tell whether a woman is actually interested in coming home with a guy, or whether she just wants to drink her own worries away.

If you walk into a bar and find a woman doing shots, call us. We want to be there. But seriously, this is just about the best time for you to hit on a woman. A woman doing shots is a woman who wants to go home with someone for the night. It’s a sort of challenge, as well as being the kind of thing that signals to guys in the bar that she’s ready and waiting for someone to try and pick her up. We’re not saying she’ll be easy to get, but we are saying that she’s in the mood to get something besides drunk tonight. Make sure you’re sitting near her by the time she’s had her second shot, and you’ll be well-placed. 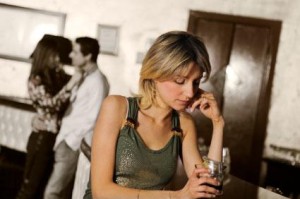 “She wants you to approach her”

Body language and posture is important when it comes to reading someone’s intentions for the evening. If you want to get laid, you have to make sure you’re positioning yourself around the kind of women who are ready to go home with you.

Body language can be difficult to read, there’s no doubt about that. However, one fairly easy sign is if a woman is sitting turned out. If there’s an angle between herself and the door, and her body is even slightly turned that way (especially if her legs are turned that way), she’s more likely to be open. She’ll likely be open to meeting people, making new conversation, and possibly even going home with you.

We’re not going to give you the whole “the eyes are the window to the soul” crap. However, it is true that women are usually pretty reluctant to make eye contact with random men that they meet…unless they plan on those men becoming a little less random. It’s far more likely that a woman will go home with you if she’s making eye contact. Think of how many women have looked you straight in the eye while you’re on public transportation, in a public area, or even at work. The reason women usually avoid eye contact is so that they don’t encourage men to take an interaction between the two of them to a higher level. If she’s ready and willing to take it to that higher level, she’s likely more than ready to make another step towards continued intimacy with you.