The Sexiest Jobs (For You)

Comment are off
The Canadian Advisors
doing something with your life, full-time job, Robert Downey Jr., your love life

We have talked before about the fact that you don’t have to talk about your actual job when you’re on a hookup date. However, there are a few jobs that you’re going to want to talk about. These are the hottest, most interesting jobs that a man can have in order to attract a woman. Now, this doesn’t count things like President or being Robert Downey Jr., because those are pretty much impossible for your average guy to achieve. However, there are a lot of guys out there that can achieve some jobs that women think are hot. You just have to know what they are. Some of the hottest jobs out there according to women are:

“Tell her that you have your own company”

Yes, it’s difficult to become a CEO. However, being the CEO of a startup, no matter how small, shows just what kind of driven individual you are. This is the kind of thing that can make a woman sit up and take notice, and it won’t matter whether your company has made any money yet. What’s important to her is that you’re doing something with your life. As a warning, this is not a good thing to lie about, because she’ll probably want to know a lot more information than you can quickly bullshit on the spot. If you are going to use this as a cover story, make sure you’ve thought it through extensively.

The key to having a girl think your job as a DJ is sexy is by telling her that it’s your full-time job. There are a lot of guys who get into stuff like that as a hobby or a part-time gig while they’re still living at home. You don’t want her to think you’re one of those. Instead, let her know that this is your actual job, where you do actual work.

It’s true that every girl thinks firemen are hot. It just seems to be a constant law of the universe. Part of the appeal is that they’re in shape, of course, but part of it seems to be that there’s no such thing as a bad fireman – it’s a man in uniform that in general won’t go rogue or dirty, unlike soldiers or policemen can and have in the past. Firemen are heroes who wear uniforms and are always in shape – what girl doesn’t want a part of that? 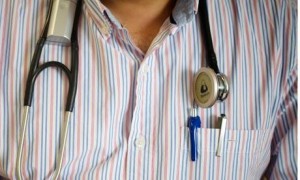 If you’re less a nerd, more a jock, being a doctor can be one of the best decisions you can make for your love life. Even better, any part of becoming a doctor pretty much gets you in. Medical school, internships, training – it all adds up to “doctor,” and women think doctors are one of the sexiest professions that exist. If you’re going to be a doctor, or even if your career is just medicine-adjacent (like nurse, sports medicine, physical trainer, etc.), you’re setting yourself up for a lifeline ticket to getting laid whenever you want, as long as you know how to work it.