Why Pick-Up Lines are a Bad Idea

Comment are off
The Canadian Advisors
art of the pick-up, meeting women online, your nervousness, your pick-up skills, your vocabulary: 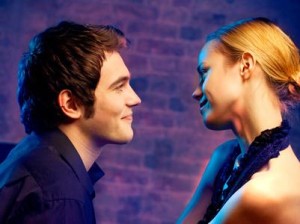 “She might think of your pick-up line to be cheap”

The art of the pick-up has been done and re-done a thousand times, with some calling for pick-up lines to be saved, and some calling for their retirement. Recently, there have been many articles floating around claiming that women like pick-up lines, because they like that a man is willing to be dorky. Unfortunately, we can’t agree with this. In our personal experience, using pick-up lines is going to get you a date with exactly one person: your right hand. Here are some of the reasons why we think pick-up lines are a stupid idea that you should retire from your vocabulary:

Have you heard the pick-up line about falling from heaven? Of course you have. More importantly, that hot girl at the bar has, too. She’s probably heard it about a dozen times in the last few days, if she’s been hanging around at the bar. Find new material, or be prepared to go home alone. 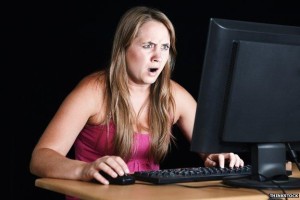 “Pick-up lines don’t work, when you write them online”

By this point, it should be no secret that we’re big fans of meeting women online for dates, hookups, and one night stands. As such, we’re extra against pick-up lines. Those lines have a place – they’re for guys who can pull them off when they don’t have time to think of something better. Online, however, you have all the time in the world to think of a good opening line, and she can’t tell whether you’re suave or interesting from your delivery. This makes pick-up lines a TERRIBLE idea to use online… which significantly cripples their effectiveness as far as we’re concerned.

They Make You Forget Better Lines

The thing about pick-up lines is that not only has every woman heard them before, but they’re not very good. Even a guy who isn’t the smoothest rock on the beach can pull out a decent line, given some time. Yes, the art of the conversation is a difficult one, but if you can’t approach women well, you’re not going to be able to go home with them. Work on your pick-up skills, work on your specialized lines, and you’ll be far more likely to get a woman to go home with you. Just telling her she’s an angel is as likely to get you an eye roll as it is to get you a date.