Why You Should Hook Up With an Older Woman

Comment are off
The Canadian Advisors
ask her to try something kinky, be a gentleman, have the stamina, No more fumbling 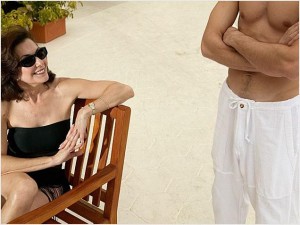 “That seems to be a good catch”

There are plenty of reasons that you should hook up with an older woman. Sure, younger women are smoking hot and have the stamina to go all night – but do you really want to be their first introduction to everything? There’s a time and a place, and sometimes, an older women can fill a niche that you didn’t know you needed filled. These women are looking for younger men to play around with, and they play the games that you like – or the ones that you’ll soon realize you like. Here are some of our top reasons for why you should be looking at older women for a one night stand (or more). 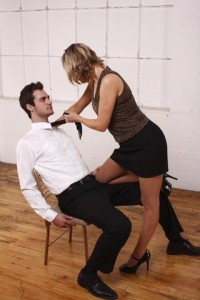 Our first reason is always the most obvious: an older woman knows exactly what she’s doing in bed. More than that, she’s more likely to know exactly what she wants. No more fumbling around trying to figure out if your girl likes being touched this way or that way, an older woman is much more likely to just grab your hand (or head) and put it where it needs to be to get her where she’s going. You don’t have to worry so much about whether she’s going to enjoy the things you’re doing; this woman is thrilled to let you know right away that she’s in control of her own pleasure, and yes, it’s going to be good if she has anything to say about it. If you’re into getting a woman off and having the kinky ride of your life, an older woman is the way to go.

This is going to make us sound like freeloaders, but we’re okay with that. Yes, sometimes we get sick of always treating a woman to everything. It’s 2013; there can be a little economic equality around here. Sure, sometimes it’s nice to be a gentleman and see her eyes light up when you pull her chair out and stuff like that, but sometimes we just want to meet for drinks or sandwiches – how important is it that you pay for that? If you’re hooking up with an older woman, she’ll be much more likely to be fiscally solvent, and won’t mind covering her own costs. You should still offer, of course.

They’ve Seen It All

There’s very little you can do that will freak out an older woman. They’ve seen the world, they’ve been dealing with men for decades (whether just one or many), and they pretty much know the gist of what’s going on. These women are not about to get all freaked out because you asked to try something weird, and they’re not going to be shocked at most of the things you say or suggest. If you want a woman who’s blushing and inexperienced, go ahead, but there’s definitely something to be said for the charms of a woman who won’t blush and stutter and edge away when you ask her to try something kinky.