Why Girls Your Own Age Are Hot

Comment are off
The Canadian Advisors
age difference, dating an older woman, filtering your speech, make a joke 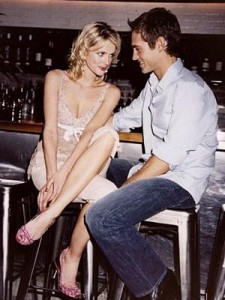 “She understands your moves”

There’s an allure to younger women, sure. Older women can be the ride of your life if you know how to pull it off. But sometimes, we forget about the easiest demographic that can be the most receptive: women our own age. There are several great reasons to hook up with women of your own age, and if you haven’t done it in a while, you might be overdue to give it a shot. Here are some of the best reasons we’ve found for hooking up with a girl at the same approximate time in her life as us:

They Get Your Jokes

Nothing makes you feel older or younger than – when the woman you’re dating doesn’t get your jokes. If you’re going to make a joke about something that was on TV when you were young, there’s an oddly specific age range for when it works. Even if you think it was so huge that no one could have avoided it, a few little years can make all of the difference. You’ll be funnier with people your own age, and you’ll seem smarter, too. All of the little references we don’t even realize we’re slipping in to regular conversation work in your favor with someone who understands them, so don’t worry quite as much about filtering your speech. Chances are, she knows exactly what you’re talking about.

They Can Keep Up With You 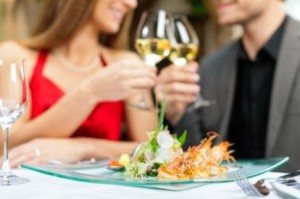 Women your own age are generally in the same part of their lives that you are. If you’re in your 40s and looking for a one night stand, for example, they’ve probably also gone through long-term relationships, had a divorce, and had some kind of crisis in their own lives. They’ll understand the pressures currently on you. They also won’t dismiss the things you’re going through, because they’ve likely been there as well. Hooking up with younger women can be a great ego booster, but it does sometimes remind you way too much of how old you are. The same can be said for dating an older woman. Think about the way adults treated your problems when you were a teenager: “If you think that’s hard, wait until you get to the REAL world.” You don’t want to be the person in your relationship talking like that, and you don’t want to be the one hearing it, either.

Whether you intend to create a power imbalance with your date or not, there’s no denying that they’re very common in couples with a significant age difference. One reason is that age brings some other things that naturally lend themselves to power – such as fiscal security and confidence. If only one member of your relationship has those things, even if they’re only a one night stand, there can be a definite power imbalance going on that you’re not going to want to deal with. The same is true for if you’re dating an older woman – you’re going to chafe at the power she has eventually.