Hooking Up in the Car

Comment are off
The Canadian Advisors
a wrist injury, hooking up in the car, minimize the frustration, take a woman home 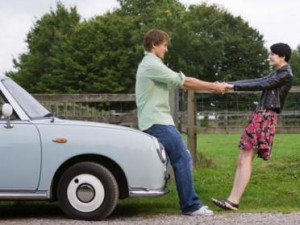 “Park your car at a secluded place”

When we talk about how to hook up for casual dates, we generally recommend that you do so in a fancy or at least decent hotel room. That makes it so you don’t have to take a woman home, and you can still impress her without breaking the bank too much since it’s only one night. However, we’re well aware that there are some ties when you just can’t afford a hotel, but even more times when you don’t even want to wait for the time it would take to get to that hotel. We’ve all attempted to hook up in the car before (and if you haven’t, you didn’t have the same high school experience that we did). It’s not always a good experience, but we’ve found some ways to minimize the frustration.

When we say safety first, we don’t mean making sure the car is in park with the e-brake on (although you should definitely make sure that the car is in park with the e-brake on). If there’s the slightest chance that you’re going to hook up in your car, or even if you’re just planning on giving your date a ride somewhere, have condoms and lube in the car. If you’re pretty much ever planning on having a woman in your car at all, you should have condoms and lube. Nothing breaks the mood faster than having to run to the store, and that does kind of defeat the purpose of hooking up in the car like dumb teenagers.

Getting caught is no fun. Although it might be fun to sneak around like teenagers, you don’t want to have a public indecency charge on your record when you’re an adult and contributing member of society. Make sure you’re parked somewhere that the police aren’t going to bust you—and of course, safety should always come first. Make sure you’re parked somewhere that you won’t get robbed and murdered as well. That’s not exactly how you want to spend this date, no matter how brief you’re planning it to be.

“Avoid letting her sit her on your lap”

If you’ve ever tried hooking up in the car before, you know that there are some things you just shouldn’t try to do, and others that you’re kind of forced into doing. One thing you should try not to do (and not let her do) is any kind of handjob under jeans. It’s fine on a couch when you’re messing around, but with the angles car seats usually sit at and especially with a woman’s tight jeans, you can wind up giving yourself a wrist injury that you’ll have a great time explaining to your friends. Another thing to avoid is trying to sit her on your lap. It sounds like a good idea in theory, since you’re not going to have to try and lie down in the backseat or on a folded-back chair. In reality, you’ll just be banging her head uncomfortably on the ceiling over and over.