Don’t Bring Up These Subjects On a Hookup Date

Comment are off
The Canadian Advisors
have a fun date, passionate about politics, premarital sex is a sin, your financial status 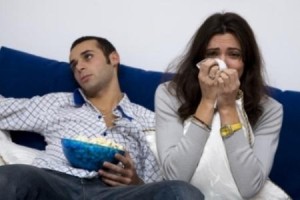 “Who told you to bring up your Ex in the conversation?”

Hookup dates are great for when you want to find a woman, have a fun date, and get her into bed as quickly as possible. While that’s a great thing, it does mean that you’re going to have to tiptoe around certain subjects – or just avoid them altogether. You want to have a good time with this woman; you don’t want to have to think about what to say. The easiest way to deal with that is to just avoid certain subjects that are just no good to talk about. We’ve compiled a list of the worst things to bring up so you don’t have to deal with wondering whether what you’re saying is okay or not.

Politics is a hugely sticky subject. You never know if the person you’re talking to is involved in them or not, which can make it even more difficult to decide whether or not to bring up a specific point of view. If you’re passionate about politics and you want to talk about them, great. Join a debate team, run for congress, or join an online forum. Your first date with a hookup is not the place to talk about it. Unless you suffer from a disorder where you can only stick it to people with the exact same beliefs that you have, leave politics out of the bedroom. 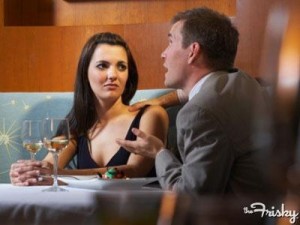 “Don’t impose your philosophy on her”

Discussions of money should have just about no place during a first date. You can say one or two little things about your financial status, but that should be it. Don’t even go into details about where you are fiscally. “I’m comfortable” and “It’s been better” are pretty much the only things you need to say. Talking about money closely mirrors talking about politics, and can be an intensely personal experience for a lot of people.

Make sure you’re not offending anyone, and stay away from discussions of money and economics. We’re not saying that you can never offend anyone, but you’re trying to hook up with this woman, not have a discussion on Keynesian theory. You’ll get way more dates by holding back that kind of information than by volunteering it freely.