Jewelry She Thinks Is Sexy (On You)

Women love jewelry. This isn’t surprising. What you might be surprised to hear is that women sometimes enjoy looking at jewelry on men, as well. This doesn’t mean that all jewelry on men is sexy, but there are definitely a lot of women who enjoy the different types of jewelry that men wear. Specifically, there are a few kinds of adornments that you can grab that will make her think you’re definitely someone she wants to hook up with. Figure out what kind of woman she is, and what she’s into. From then on, you’ll be able to easily figure out what she’ll like seeing on your body. The most common kinds of jewelry women like on men are: 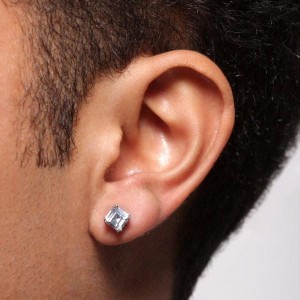 Earrings are the universal jewelry. They’re chic, small, and pretty much unisex. You don’t have to worry about whether or not they’re in style as long as you have something universal, like studs or cuffs in a neutral color. Better still, they have long since lost the gay connotation they had in the 1980s – it’s pretty much a universal constant now. Even better is to wear them up high on your ears, in the cartilage part. The best part of that is the fact that when earrings are worn up there, it’s virtually impossible to tell whether they’re real or simply some kind of clip-on, so even guys who aren’t into the idea of having their ears pierced can look sexy for the ladies. 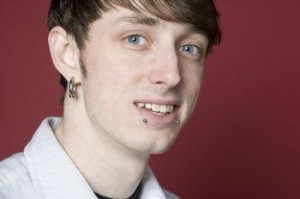 “Get some facial piercing to impress women”

The thing about most piercings is that they vary drastically from person to person. This is especially true for facial piercings. While some women may think it’s the coolest thing they’ve ever seen, others may think it’s not nearly conservative enough, or worse – they may not be able to tell whether it’s just something on your face. If you’re with the right kind of girl, however, you can get a lot of mileage from an unconventional piercing. Back implants, eyebrow piercings, and neck studs were big hits with the women we talked to.

The collar is a form of jewelry that, put honestly, not every guy can pull off. If you’re one of the lucky few who can, however, you can get in good with a certain kind of woman who will be more than happy to be a part of your hookup. This doesn’t mean that you necessarily want to be submissive, either. There are lots of kinds of collars – make sure you don’t get one that looks like it would be more at home on your furry friend than on you.

Another variation is to simply wear a necklace, but that’s a trickier proposition. A lot of necklaces are not sexy at all by virtue of being girly, but there are many exceptions to that rule (like something important on a chain, dog tags, etc.) If you pick your jewelry carefully, you’ll be able to figure out exactly what is going to get you in good with the ladies.